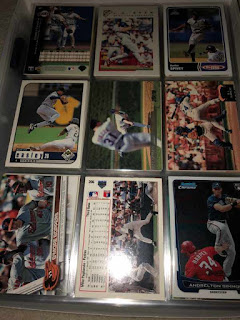 I grabbed 18 'bonus babies' cards for my mini-collection sampler - bonus babies which are probably referred to as 'cameo' cards, pictures a star player on a common player's card.

I like stumbling upon them because it's like an easter egg most collectors wouldn't pay attention to while flipping through loose cardboard - for a player to count as a 'star' cameo, an all-star appearance is considered as well as whether a player has had some name recognition through points of his MLB career. 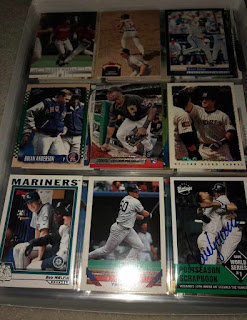 Probably the most difficult aspect collecting these cards besides finding them in the first place are the inconclusive images - who is exactly pictured on the background of certain players' cards when the focus is on the player who is listed on the card?

Most of the time the obscured player in the background is who I assume it is - but when the image is blurred, there is some doubt at times.