Some low-end finds from the card shop

While leafing through the same random cards I usually go through in order to shop around - I found some assorted cards to take home. 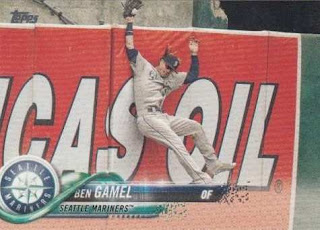 2018 Topps Ben Gamel #558 - I always tell myself to be picky when it comes to digging through a current year's flagship cards because the ones I'll end up with, I'll probably pull at some point.

Still, the picture on this card is way too nice for me to leave behind - maybe I've gotten away from loose pack or blaster breaks anyway, so I'd rather have this card now than forget about it entirely. 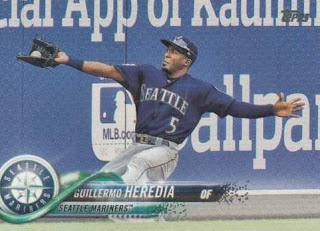 2018 Topps Guillermo Heredia #522 - another flagship card I couldn't leave behind. 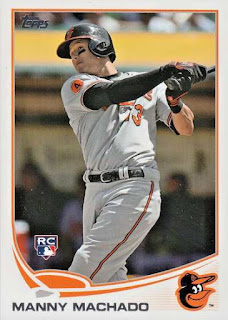 2013 Topps Manny Machado #270 x2 - factory set inserts; Machado is the most intriguing trade bait candidate and the next couple of weeks will probably decide the Baltimore Orioles' future prospects [as in direction of the franchise as well as guys the maybe getting back in a potential trade]. 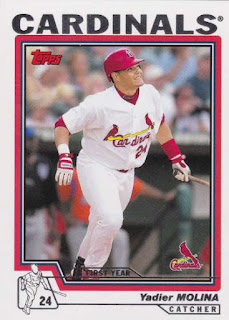 2004 Topps Yadier Molina #324 - Molina doesn't inspire warm and fuzzies, but he's a borderline HOF guy just because his reputation as a catcher was that much better than everyone else. 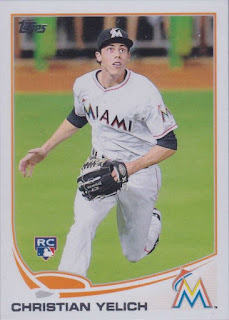 Don't remember that play, but I thought that wall looked familiar on that Gamel card.