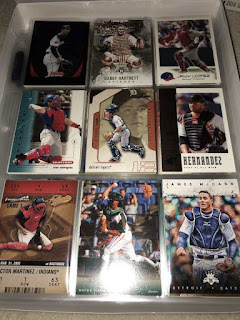 For the final sampler page I put together for my mini-collections, I grabbed 18 tools of ignorance cards - catching maybe the least glamorous position on a baseball field, but unlike other position players, catchers are the most unique type of baseball player.

Because catchers take a beating during a game, catchers stand out as the only guys to wear the tools of ignorance - including shin guards, chest protector a face mask, etc. 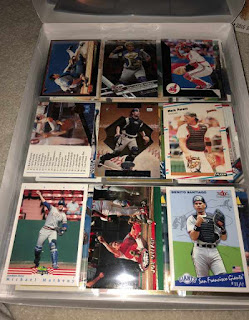 My collection features any card that has a catcher in it, including play at the plate cards - I think I've counted cards of non-catchers featuring play at the plate images, though if it isn't the catcher's, I'll lean towards classifying the card to go into my awesome action collection.
Posted by Laurens at 4:00 PM
Labels: Collecting topics, mini-collections, random, tools of ignorance, Ultra Pro, visual guide