To keep up with a little trivia since I live in Orange County, California, I've built up a collection of cards featuring professional ballplayers local to the county [even if only up a certain point for some guys] - born, raised, has lived or lives in the county, went to high school and/or college.

For my 17-card sampler lot, I went with in-person autograph cards since they stood out a little bit more - the only card that isn't autographed is one featuring Hall of Famer Walter Johnson, who pitched in the early 20th century. 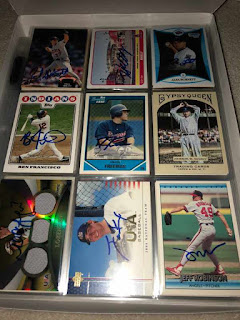 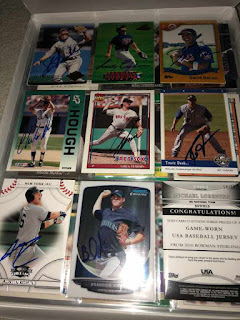 *I count guys who went to an OC high school or college but actually from out of state or even from a different nation - since I assume they had to make a commitment to play / live / study within the county for a period of time.