Here is my retrospective on 10 busts and disappointments over the last 10 years - I'll label the guys who weren't outright busts as disappointments, particularly if injuries seemed to be the biggest factor in them not being able to have successful Major League playing careers. 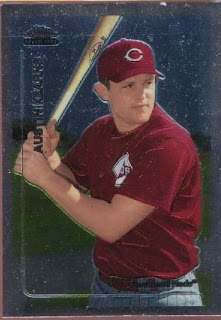 7.) Austin Kearns - Kearns and Adam Dunn were supposed to form some kind of duo with the Cincinnati Reds. Kearns was seemingly the better all-around player and Dunn could hit for crazy power. However, Kearns really filled out too much at some point in his career and became more of a one-dimensional plodder, never really quite fulfilled his potential.

While he still has some skills and maybe still be useful player - he has been dinged by injuries the last couple of seasons and his numbers have suffered. 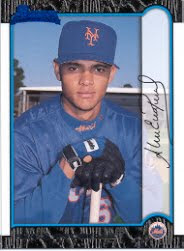 6.) Alex Escobar - a five-tool outfield prospect, he was supposed to be the next New York Mets' superstar. However, after moving onto some other teams, a rash of injuries derailed his promising career and he couldn't stay on the field for a prolonged period of time to put up some decent numbers. 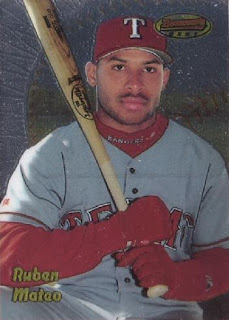 5.) Ruben Mateo - he was looking like a future all-star performer, but after he broke his femur in 2000, was never the same player and ending up being a journeyman.