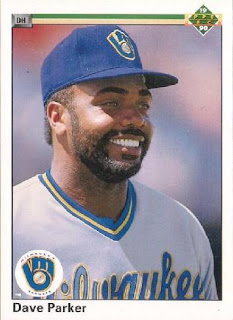 Con - Parker was caught up with a drug scandal in 1980s and his numbers were dinged by a combination of a strike, injuries and age.

A seven time all-star and the 1979 All-Star MVP, Parker was a great player in his prime and a case can be made that he is a borderline Hall of Famer - if Parker he'd reached 3,000 hits, he'd be in the Hall of Fame. As impressive as his accomplishments are, his final numbers doesn't quite vault him from Hall of Very Good status.