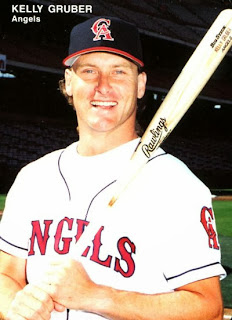 Gruber was a third baseman acquired by the Angels - but after coming over in the 1992 offseason, Gruber ended up playing in only 18 games for the Angels in 1993 and was a bust. 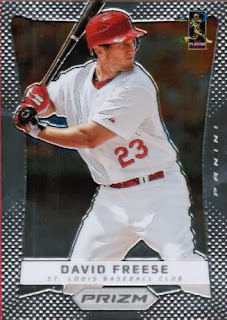 Some 20 random years later, the Angels have gone out and traded Peter Bourjos and prospect Randal Grichuk to the St. Louis Cardinals - for third baseman David Freese and reliever Fernando Salas.

I feel Freese is similar to Gruber, though to be technical, there is no listing of Gruber - among the similarity scores on Freese's Baseball Reference page.

However, they were both veteran players who played on a World Series championship team and have put up pretty good numbers in spurts - Freese, like Gruber so many years ago is expected to solidify third base for the Angels even though Freese is going to be 31 next season and isn't getting any younger.

I'm crossing my fingers and hoping Freese can stick at third base for the next two or three seasons - I'm worried about his off-the-field problems in the past and I hope he'll be able control the vices that have derailed him and stay out of trouble. 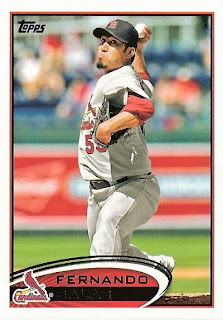 Maybe once considered a relief ace back in 2011 - it looks like the Cardinals soured on Salas and he spent much of the 2013 season buried in AAA.

At this point of his career, what you see is what you get from Salas, so that is a bit underwhelming - but looks like he has a live arm and the Angels need more of those out of the bullpen to build upon for next year. 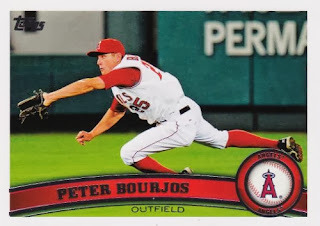 I suspect a fully healthy Bourjos in 2014 is going to be fun to watch as he is a Gold Glove caliber defender in center field - at the plate and on the bases, I think he's the ideal National League player from the 1980's, where can he hit the ball in the gaps and run around all day long. 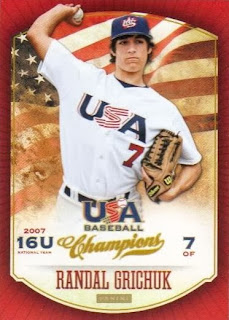 I don't really know what to make about Grichuk - my best guess is he's a guy who has a lot of power, some athleticism and relative youth on his side.
Posted by Laurens at 11:08 AM
Labels: California Angels, David Freese, Fernando Salas, Kelly Gruber, Los Angeles Angels, Peter Bourjos, Randal Grichuk, St. Louis Cardinals, trade