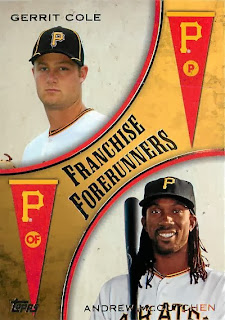 On the strength of his all-around skills, center fielder Andrew McCutchen won the 2013 National League MVP and led the Pirates to their first winning season since 1992 - while rookie starting pitcher Gerrit Cole wasn't the only guy carrying the load on the mound for the Pirates this past season, the former No. 1 pick was legit.

With these two in the mix, maybe the Pirates of right now can establish a winning, contending culture - to make fans forget the hell they went through between 1993-2012.