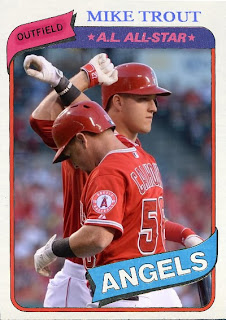 Under different circumstances I might have been a fan of another Major League team - but the Angels have been where it's at ever since I've started following Major League Baseball in the early 1990's.

Through the last several years, things have been rough, with the Angels having underachieved despite high expectations - though with Mike Trout starring in center field for the Halos, it's hard to think things aren't going to get better.

Over the past 20 years or so, it's been a pretty good run - the Angels have developed some great talent, won a World Series in 2002 and were perennial contenders through through the late 2000's.