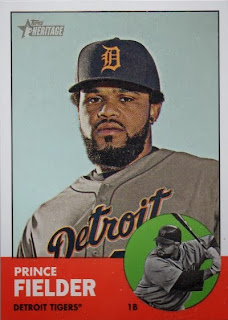 Prince Fielder has been knocked around in recent years - the narrative is he's all sorts of overrated because he's fat and getting paid $24 million a year until 2020.

He's not a good defender because he's fat, he is a base clogger and worst yet - he's going to turn into Cecil soon enough.

For a number of reasons, I don't think he's never been as lovable as his girth has suggested - he's no teddy bear and while might be a decent guy, he seems like he's all business.

Is he ever going to hit 40 or 50 home runs again [?] - seems like he really took a step back this past year, even if he was dealing with an apparent divorce.

It's going to be compelling to see how Prince does next season - after the Tigers' postseason failures in recent years, Tigers fans are wondering what they are going to be getting from Fielder going forward.