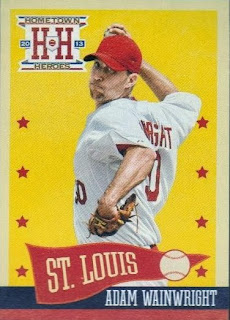 It's impressive how the Cardinals turn out players to contribute to winning teams - it doesn't mean they are going to win the World Series every year, but they are going to be in position to go far in the playoffs in most years.

That year's Cardinals team was pretty scrappy all around and even though they weren't as talented - they just ran past everyone else.

When the Cardinals won the World Series in 2011, that was the last time Albert Pujols was ever heard from - I remember marveling at how huge his forearms looked and what a dominant player this guy was, especially after he'd hit three home runs in Game 3, just a day after baseball writer Jeff Passan dogged him in a scathing column.