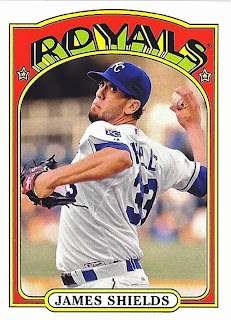 Pitching was what kept the Royals competitive in 2013 - starting pitchers James Shields, Jeremy Guthrie and Ervin Santana didn't post superstar numbers, but each pitched over 200 innings, giving the Royals some dependability.

The bullpen was locked down with the emergence of closer Greg Holland - along with an assorted number of relievers from Bruce Chen to Luke Hochevar pitching in with serviceable seasons.

I like how first baseman Eric Hosmer turned things around, when he had one home run in the first two months of the season - after his poor 2012 and his slow start this past year, I thought he was a bust likely to be sent down to AAA.

Hosmer stayed hot after he broke out of his funk and also seemed like he emerged as a leader in the clubhouse - the future seems brighter now, though Hosmer still has to prove that this past season wasn't a fluke.