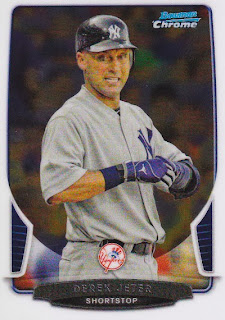 The Yankees will always be relevant and I'm not going out on a limb to say some Yankees team in the future will win another World Series sooner than never - but how long has it been since they've been the No. 1 destination for a big money free agent?

It seems like all their moves in recent seasons have been to sign replacement quality players - instead of going bonkers and signing a handful of All-Star talents in the prime.

Even if they are able to re-sign second baseman Robinson Cano - the Yankees seem to be just another MLB team at the moment unless they get back to their old ways of either developing impact players that aren't merely trade bait and/or going after the top two or three free agents in the market in any given off-season.

Closer Mariano Rivera has retired and though re-signed for 2014, A-Rod seems toast and Derek Jeter is facing baseball mortality - which seems so hard to imagine just several years ago.