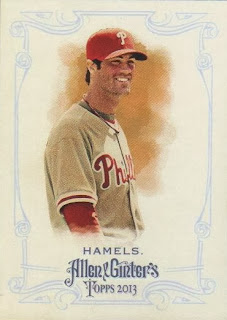 I feel like the Phillies have been a bloated, over indulgent team of underachievers - even though they've been perennial contenders over the past 10 years and won a World Series in 2008.

After two bad seasons however, the only thing I hear is how GM Ruben Amaro has destroyed the franchise's chances for competing in the National League East - whether it's signing a fat [and now gimpy] Ryan Howard to a long-term contract or for not having the right appreciation for baseball analytics, Amaro is sort of looked on as 'one of those' old-school neanderthal GMs.

With pitchers Cole Hamels and Cliff Lee at the top of their rotation, they still have a couple of ace quality stars - though is there a capable team playing behind those guys at the moment?