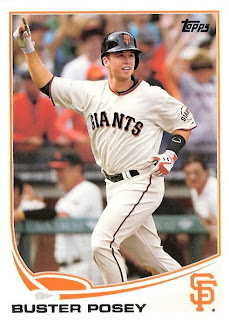 Buster Posey's numbers at the plate fell off a bit after having an MVP season in 2012 - maybe he was a bit hurt or banged up, but a healthy Posey obviously goes a long way in dictating how the Giants do in the next few years.

Even when the Giants crashed in 2013, their front office has proven they can make some savvy moves with the money to make up for any mistakes in signing particular free agents that go bust - so they'll probably retool the pitching staff and try to contend with the Los Angeles Dodgers and Arizona Diamondbacks in 2014.

Starting pitcher Tim Lincecum was re-signed and has extended his stay in San Francisco - but may never get back into the superstar form that made him 'The Freak' and his numbers as he turns 30 maybe 'as is.'

Lincecum overpowered hitters in his prime - now it's about battling himself, battling his control and trying to keep things in check on a start by start basis.

The seemingly metronomic Matt Cain had an off year - though his numbers besides his wins/losses and overall ERA seem to indicate he didn't have such a terrible season, especially in the second half.

Out of some of the pitching woes the Giants suffered, soft spoken Madison Bumgarner emerged as their ace this past season - putting together a fine year with just over 200 innings pitched, with just about the same number of batters struck out while allowing only 146 hits.