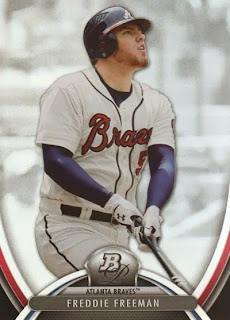 It's been impressive how they've turned out players to contribute to winning teams - but maybe they just don't have the means to get a few more impact players to get them further in a playoff run.

The Braves have me feeling a little meh - first baseman Freddie Freeman has developed into a young star at 23, but guys like Jason Heyward, Justin Upton and B.J. Upton leave something to be desired.

Some of their established veterans have moved on or may not be with the team in 2014 - Chipper Jones retired after the 2012 season, Tim Hudson got hurt in 2013 and may need to prove himself on another team for next year while catcher Brian McCann maybe someone else's big free agent signing.