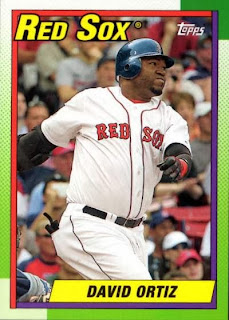 The 2013 World Series was won on the back of MVP David Ortiz and it seems like he has been the one constant in Boston over the last 10-11 years - he maybe have been a PED guy at some point and several years ago his bat had slowed down as he entered his mid 30's.

There have been rumblings and grumblings about whether he is a legitimate Hall of Fame candidate - his postseason performances [in 2004, 2007 and 2013] help his case a lot and if I was betting on it, he's probably going to be in Cooperstown.

I do think he is going to need a couple of more 'nice' seasons to round out his career - being a designated hitter for the majority of his career and other warts [PEDs] probably has him waiting at least three to five years after he is eligible to be voted in.