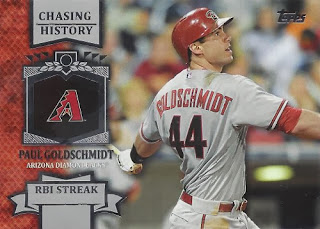 The Diamondbacks faded in the second half of the season even with first baseman Paul Goldschmidt emerging as an All-Star talent - I see how the team is built on scrappiness, toughness and playing the game the Kirk Gibson way, but it's hard to see how they are going to win with C-level talent.

Maybe the team is tweaked and better players and/or coaches are added, but no matter how they improve on paper - it maybe a daunting challenge to compete against the big money Los Angeles Dodgers in the National League West.